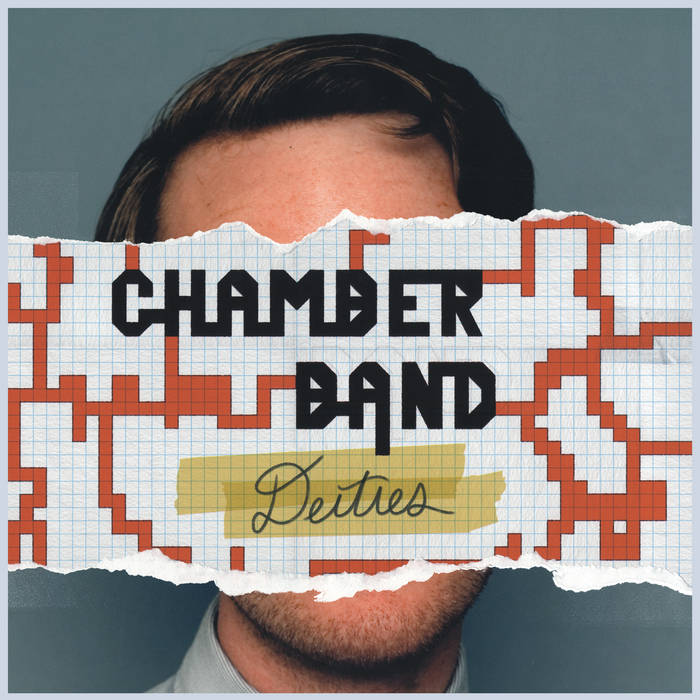 Petrabyte What a diverse and awesome album! Lawful Neutral and Constitution are my absolute favorite songs I've heard in a while. The witty, catchy lyrics are fantastic and the two songs are just so full of energy and heart. Favorite track: Lawful Neutral.

Allegra Rosenberg chamber band makes the best goddamn filk in the world, and is a true inspiration for a humble writer of geeky tunes such as me. it doesn’t matter if you know nothing about dungeons & dragons, because the songs on deities transcend their nerdy origins and stand on their own as fantastic indie-rock jams. i saw these guys live on the chris gethard show in NYC back in june, and they are contagiously energetic. definitely a band to watch, especially if you are a huge nerd!

“One of the dangers with ‘nerd music’ is that the novelty of nerdy content sometimes outweighs the musicianship and universality of the songwriting. That’s not the case with Chamber Band. Musically, they’re one of the sharpest bands to ever hit the scene and, with tracks like “Lawful Neutral” and “Shapeshifter”, they strike powerful chords with fantasy roleplaying enthusiasts of every class.” – Cap Blackard, Nerdy Show

“Seriously, if you haven’t already clicked on the link to their Bandcamp page and bought this, you need to do that right now.” – Chris Helton, Dorkland

“Chamber Band completely lacks self importance and—for me at least—that’s what separates them from the ever-growing herd of Brooklyn bands… while DnD might serve as the starting point for each, it doesn’t confine the songs; it enriches them… I was reminded of Led Zeppelin, another band that never shied away from constructing little lyrical universes…” – Laura Wasson, Feast of Music

We promised ourselves that this album would forever be free via YouTube. youtu.be/_RGCNrE5PWk?list=PLvB4EDOkQGIvzT8MSngzUQyOfTvKLQmPQ

Written and recorded by Chamber Band in the extended winter of 2012/2013. Produced and mixed by Michael Flannery at Bass Hit Studios in the neighborhood known to absolutely no one as “upper-Chelsea” New York City.

Co-Produced by Chris Littler and Sam Monaco with Chamber Band. Tracked by David Darlington and Michael Flannery. Mastered by Emily Lazar at The Lodge, NYC, assisted by Rich Morales. Special thanks to Kyle Benson for appreciating antique lighting fixtures.

Bandcamp Daily  your guide to the world of Bandcamp

Exhumed and Gruesome's Matt Harvey checks in, with jams from Cannibal Corpse, Midnight and more